Bulletins and Comments about future work on Protocase Designer

Hi it would be nice if the 3D components we place can have a transparency level so when in the 2d view when we edit we can align the cutouts underneath.
Top

The unfortunate side-effect is that when working on the cutout/label side of the panel, you cannot see the 3D component (and how it conflicts or clears the cutouts). However, it does render properly in the overall (main) view.

If you do place the 3D component on the same side as labels, then you may need to 'send to back' the 3D component so that it passes the problem checker without issue. Otherwise, the Problem Checker complains about the 3D component covering up the labels (even though the math & reality shows otherwise). Invoking 'send back' does not fix the display issue the OP describes.
Top

Can you include a picture of what you are seeing. Am not 100% clear on what is happening.

If a 3D Component is placed on the same side of a panel with labeling then the 3D component blocks the view of the labeling and cutouts. 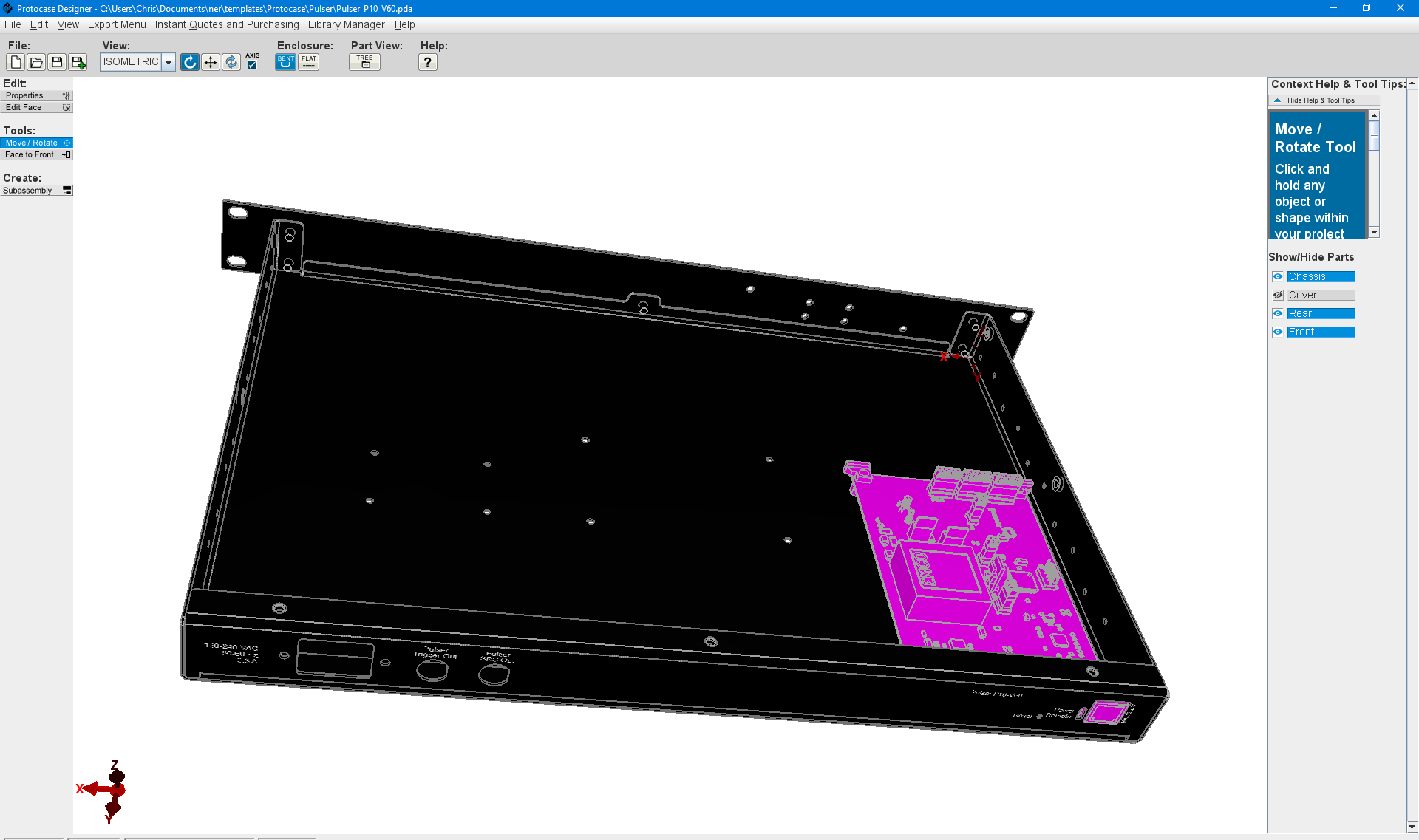 However, there's a price to pay: when you switch to 'Edit Face' on the Outside of the panel - where the labels and cutouts are, the 3D Component disappears from view. 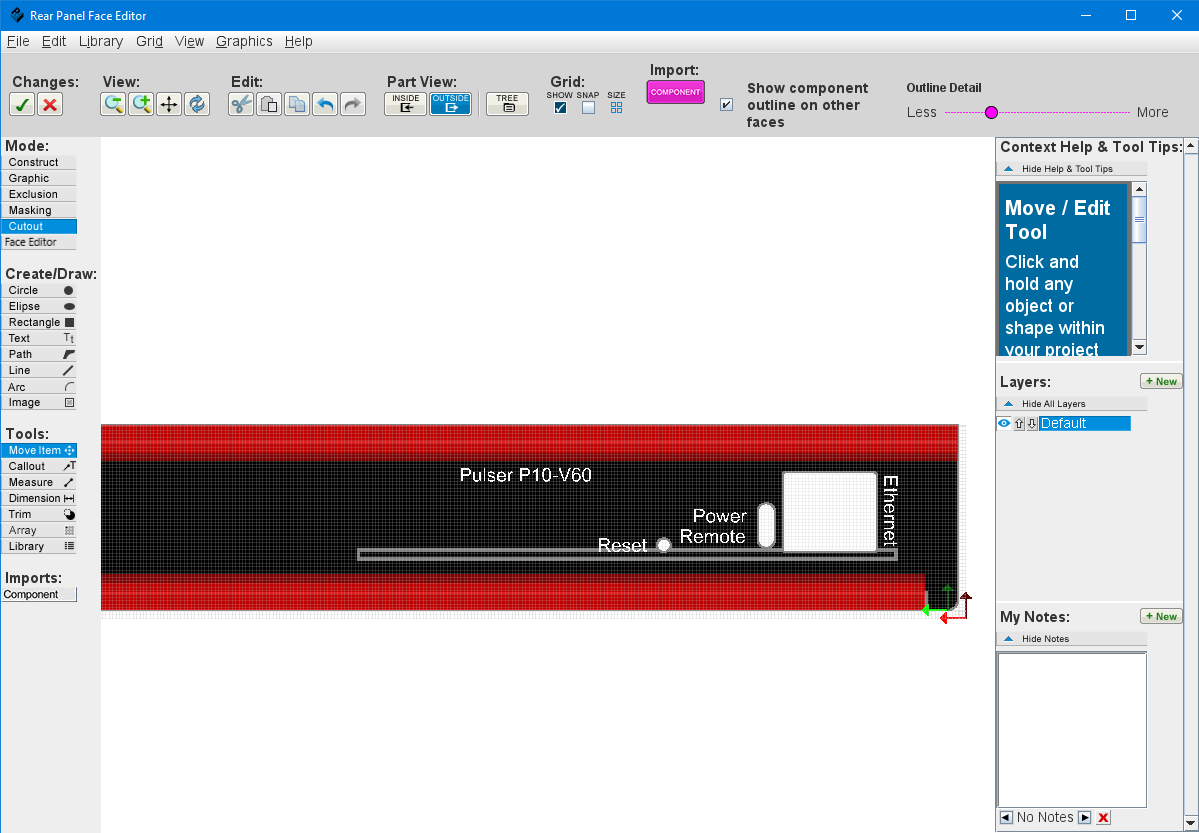 (The gray rectangle you see there is not part of the 3D component, but part of a separate library element placed on the outside of the back panel.)
This makes it a bit harder to place labeling, and confirm placements while in the Edit Face mode.

However, when you switch back to the overall view (i.e. exit the Face Editor), the 3D component still exists, and everything looks to be well-represented (the first picture in this post).

So, there are some irritating bugs here, no matter which path you choose. I found that my work around was easier to manage than the issue that the OP was describing.
Top

Try the component outline detail slider. Circled in this picture. 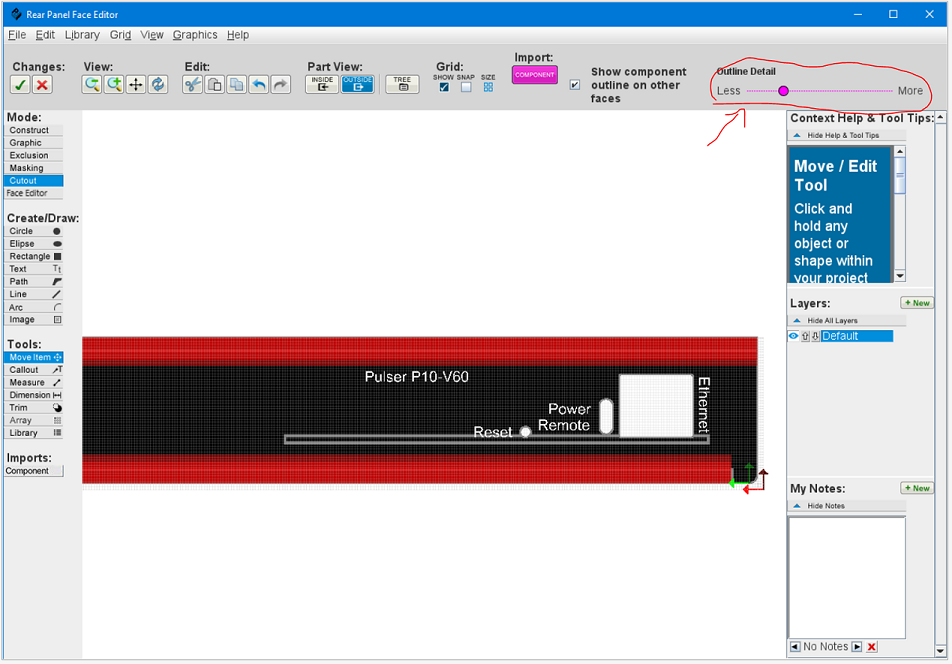 What does this do? Is it relevant? 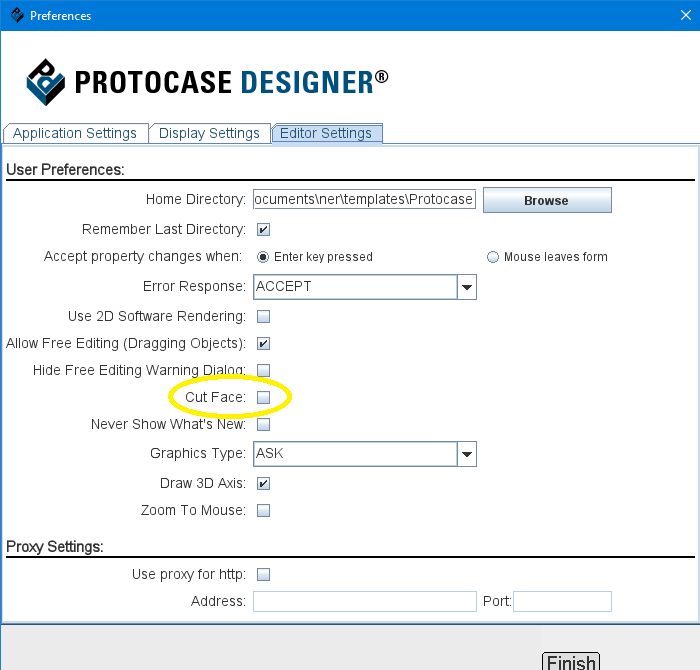 Maybe you can send the component file for me to test? You can send it to my email if it's confidential. mpyne@protocase.com

Any way this is what you should see. 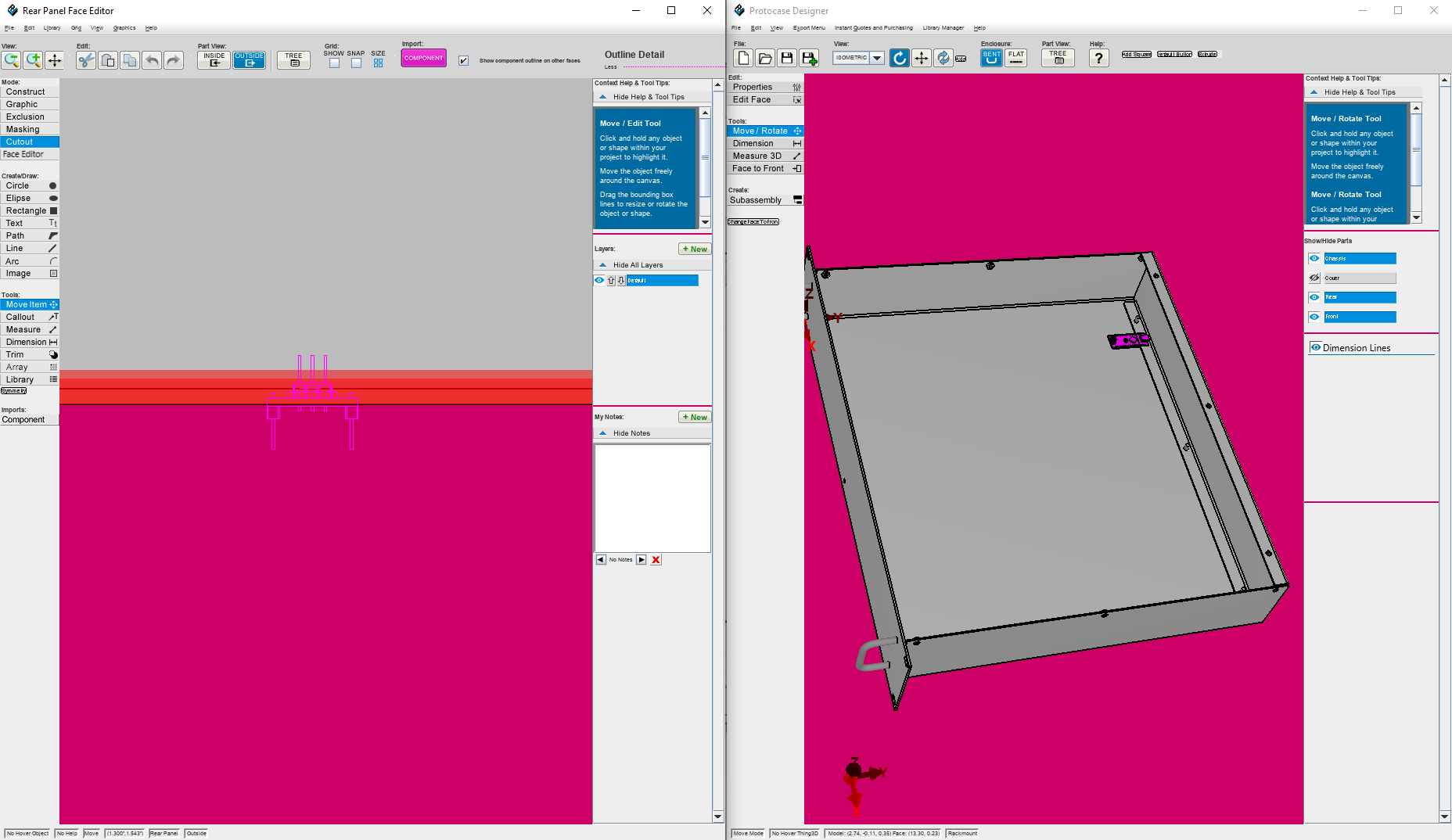 Basically an outline of your component should be shown in the face editor and the slider adjusted how much you see. I have attached Arduino Nano to the chassis base face and opened rear face in the face editor.


The Cut Face option I think is no longer used and should be removed. We automatically cut the face with any cutouts placed on the boundary but in the past users had to tell it to. I'll remove this for the next release.

Ah I see what you did. The outline detail only works on components attached to "Other" faces. You component was attached to the rear but placed from the other side. I'll have to think about this but yea it would be nice to see the outline on the other side in this case for sure. Not sure when we will get around to fixing this but I'll try and revisit it in the future.


Thanks for the thorough documentation. It helped me understand a lot.